How Frequent are GTA Break and Enters ? 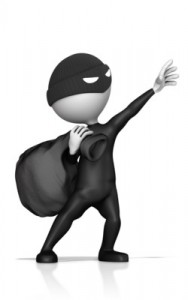 For the most part many of us live a very hectic lifestyle. A lot of times we don’t even get a chance to listen to the news anymore. Chances are when you do its to listen to the weather or the sports scores. It is understandable because who wants to listen to news that may be bad anyway. On the other hand your news is your best source for knowing what is going on in your neighborhood especially if its crime related like break and enters.

Normally when our neighborhood doesn’t seem to be affected by break ins we don’t give much thought to other than to make sure our security systems are activated when necessary. Even then it is easy to fall into the habit about forgetting or not bothering with this once in a while.

We also tend to think that break in artists act on their own, or they are a one man show so to speak, or at the very most they may have a partner. Recently in the news there has been talk about a break and enter ring of thieves which definitely means more than two.

Why this is significant is because if this group of unscrupulous individuals decide to branch out it their attack on neighborhoods then who is to say that yours won’t be next?

Just recently York Region Police made an arrest of four men charged with a total of 38 home break ins that occurred across the GTA since January. That is a lot of privacy that has been invaded and the first thought that may come to mind is “I’m glad it wasn’t my home”. However, this should serve as a reminder that any home can be vulnerable.

Thieves will look for easy access homes, so by putting all your security measures into proper action you are setting up a great stumbling block for them.

In this particular arrest it was indicated that the thieves would knock on the door during the daytime and if nobody answered then they would kick the door in. You may want to check out some of our other great posts on how you can add extra security when it comes to doors being kicked in. The main focus of this group of crooks was jewelry. So of course once they gained entry to the home, then they would head for the bedrooms where most jewelry is kept. Can you imagine how disappointed they would be if they were to arrive there only to discover that the savvy homeowner had invested in a safe!

This group of thieves were so smug about themselves they named themselves the “Get Money Committee.” Well, after getting caught and once found guilty in court they may end up calling themselves the “Set me free committee”, because hopefully they are going to have a lengthy time behind bars.

Even though you may be one of the lucky ones this time that weren’t affected by a group such as this it wouldn’t hurt to give Pre-lock a call at 416-773-5625 and have them do a security review of your home and business.