The Pros and Cons of Fake CCTV Cameras 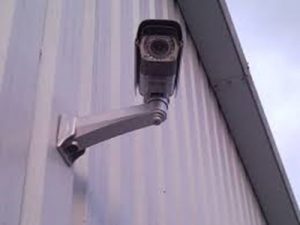 The pros and cons of “fake” C.C.T.V cameras.

Recently, the security market has been flooded with a variety of imitation closed circuit television cameras. For many, the idea of having a fake security camera is nonsensical or even counter intuitive. The basic mind set behind that feeling is really what is the point of having a fake camera? The idea behind the imitation camera is that by having a visible camera whether actually working or not is a visible deterrent to would be thieves or bad guys. Most burglars, when they see a camera are quick to change course and find a less protected place to perform their craft. Many of these fake cameras even have the blinking lights and other realistic functions that serve as a further deterrent to those who may understand that some cameras are actually fake as it makes it much harder to tell if the camera is legit or a spoof. The obvious pros of having one or many of these cameras are the visual deterrent they do provide. Studies have shown that for this reason they really are effective. To a degree. Solely relying on imitation c.c.t.v

Solely relying on imitation c.c.t.v cameras however, is an idea that is probably not very well thought out. When used in conjunction with a real security system they can be effective but not as a sole source of protection. Using the imitation cameras to enhance an existing security system cannot be faulted but not if that is all you are doing. A savvy burglar who can tell the difference will simply not be deterred by a fake camera, nor will someone who decides to disregard security cameras altogether. Many times if a criminal decides to rob an establishment they will do so while wearing a disguise of some kind in the anticipation of cameras being present.

The need for an alarm of some kind is absolutely essential if you are trying to be secure as possible and by using an alarm in conjunction with a real surveillance system you will quite obviously be even more protected overall. The takeaway from this is simple. If you decide that you want to use imitation c.c.t.v cameras in order to enhance your security system then you would not be wrong, but to use them as a sole source of protection you really are leaving yourself more vulnerable than you need to be. The cost of real cameras has come down so drastically in the last few years that using nothing but fake ones is probably not a really good idea. Get a good security alarm system and in conjunction use a variety of real and fake cameras to be really and truly protected from those who seek to do us harm.

Rather than short change yourself on your security which really is a priority, why not speak to the experts at Prelock and let us suggest an affordable security system that is not going to leave you vulnerable or second guessing as to whether you have done the right thing.

Paul Seidman is a Toronto security expert providing security services since 1978. Trained as locksmith & alarm security professional Seidman understands how to keep you safe and sound.
View all posts by Seidman →
This entry was posted in Home Security. Bookmark the permalink.