Some Arrests Made In Recent Toronto Break and Enters 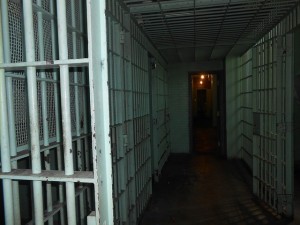 Recently there has been some good media coverage about the number of break and enters into homes into the Toronto and GTA areas. While it was reported that it is many times difficult to catch the culprits, that doesn’t mean that this never happens. The Toronto and surrounding Police forces work diligently on trying to catch these culprits.

On Oct. 6, 2015, the 53 Police division of the Toronto Police along with the assistance of several other divisions and the Toronto task force, plus the Police dog services were able to execute some search warrants against individuals suspected of some break and enters.

During the search officers were able to seize a collection of items that included clothes, money and an assortment of electronics. Included in their seizure were guns, ammunition and drugs. They also found hand held scanners and radios.

This type of collection of items gives you some idea as to the types of individuals behind the alleged break-ins. The warrant results in several different charges some of which included break and enter.

While the Police were able to apprehend two of the suspects in the break and enters there remains a third person yet to be found.

This is a classic example of what a typical break and enter may be like in the Toronto area. Most likely some of  the items seized by the Police included items that were obtained through the crimes committed. This may have included the electronics.

It just goes to show that thieves no longer are after the high end items. They will try and steal anything that is going to put some kind of money in their pockets.

Unfortunately we all have to look at ourselves as potential victims when it comes to our homes being robbed. It means that we have to be aware that this is happening and take the security steps necessary to help prevent it.

This means that not only should you consider at least a basic security system to be installed in your home, but take your own security measures which means reviewing your home to see if there are any potential security weaknesses. Maybe its time to change the locks on the doors. Or perhaps install new locks on your windows to replace the broken ones. Check to see that you are not making it an easy task for a would be thief to break into your home. You may be surprised at what you discover in regards to your home being vulnerable.

Also, if you do end up being the victim of a home or business robbery make sure that you report it to the police. Don’t just assume that because the crooks have left that they will not be caught.

In today’s review of the break in arrests the Police are indicating that there may also be other victims who as yet have not reported the crime to the Police. You never know when the Police do a search and seizure whether they are going to come across your stolen items or not. If you don’t report the crime then you have almost no chance at all of your stolen items being identified and returned to you.

Paul Seidman is a Toronto security expert providing security services since 1978. Trained as locksmith & alarm security professional Seidman understands how to keep you safe and sound.
View all posts by Seidman →
This entry was posted in Toronto News Reviews and tagged break and enters. Bookmark the permalink.