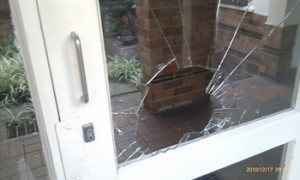 Home invasions is a topic we have written about in the past. Generally it seems that Toronto doesn’t have as big a problem with this as perhaps some other countries do. However, two reports of these happenings in the last few weeks that hit the media has got to raise our concern which in turn should make us more vigilant.

That is not to say the victims of these incidents were not being cautious. Those intent on making their way into a home will devise a lot of different ways to accomplish this. Our best protection is awareness that home invasions can happen, which will raise our level of caution in areas where we may otherwise take things for granted.

Here at Pre-lock we often get calls concerning security especially when a security issue has hit the news, like these home break-ins. Some of the questions we have received lately are….

Will a security system help to reduce my chances of a home invasion?

The answer is yes for a few reasons. Many home invaders don’t like to take any more risks than they have to. Most prefer to strike when nobody is home, and will use points of entry like the doors and windows. A armed security system will set off an alert if this type of attempt is being made.

As we have seen in the news home invasions also occur when the residents are at home. There are times when crooks believe that even though a security system is in place, when the residents are home it is not armed. So they may attempt entry through a window or side door. The key here is to keep the home at least partially armed even when at home, and good quality security systems will allow for this.

Then there are times where the brazen intruders will simply knock on the front door with false pretenses. A good example is the occurrence that took place where the home invaders posed as construction workers in order to gain entry. Then the more recent case where the crooks allegedly forced their way in with hand guns. In both cases it would seem that the resident answered the door, which is something that most of us tend to do, especially when there are several people at home, and it is during the day or early evening.

Would a driveway alert serve any advantage in warding off a home invasion?

It is almost second nature to answer our doors without even thinking about it. With a driveway alert you at least get a warning that someone is out there, and possibly going to come to the door. It gives you a chance to at least look out the window to determine who it is and how many people. You have time to react.

How beneficial would an intercom system be?

The more time you safely have to access the individual/s at your door the safer you are. In many cases you have to open the door in order to hear what the person is saying and once you do that then you are vulnerable. With an intercom system you can ask questions and hear the responses. If your instincts are telling you something isn’t quite right you can call the Police and alert them. Based on the recent incidents that have taken place recently the Police would prefer suspicious residents do this. Security is definitely like an onion.  The more layers of protection you have will it will create a delay which is critical in calling out for help.

Do intercom systems come with visuals?

Yes intercom systems can come with visual displays that can be seen on a TV or monitor close by the intercom station but only let you see what they look like.  Just because they may look non-threatening on the intercom is no reason to open the door to a stranger that you are not expecting.  Speaking to them via the intercom is very important and safer than ever opening the door.

Always be alert as to what is taking place about your residence. Whenever you arrive home take a quick look around to see if anything is out of the ordinary. This isn’t being paranoid it is being alert.

Paul Seidman is a Toronto security expert providing security services since 1978. Trained as locksmith & alarm security professional Seidman understands how to keep you safe and sound.
View all posts by Seidman →
This entry was posted in Toronto News Reviews and tagged home invasions. Bookmark the permalink.