Understanding the Basics of Motion Sensors 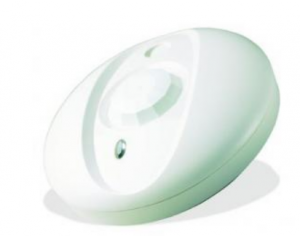 You are probably aware of what the primary job of the motion sensor is as the name explains it quite well.  When they first came out on the market everyone was excited to use them as a security feature, but after awhile they became quite frustrating. They would be triggered by the least little movement. It got so people simply didn’t want to use them.

Eventually though with the new technology they have become a very valuable asset to the home security. They are used in different ways. They make up an important part of your basic security home system.

The sensors are used strategically throughout the home. When they detect motion they will send a signal to your security panel, which in turn alerts you or your monitoring center.

On the surface this sounds like a very simple device, a motion sensor is a motion sensor right? simple as that. Actually there are two common types of sensors. There is what they call Passive or Microwave.

Passive is Infrared and detects body heat. This is the type that is used in a lot of security systems. Once the system is set the motion sensors can sense heat and movement in a specified area. It sets up a protective grid. If something is moving within that grid and blocks too much of the grid then then alarm is triggered.

Microwave works off a different type of technology. It sends out microwave pulses. If a moving object is detected it then measures the reflection that the object creates. These type of sensors are a lot more expensive that the Passive type and are more sensitive to electrical interference. They do cover a larger area however.

Of course technology would be developed to join these two types of sensors so the benefits could be gleaned from both of them. This was also done to help reduce the number of false alarms that were the original downfall of the motion sensors.

Motion sensors are not just restricted two these basic types either. There are several others.

They all have various features but probably the most important one aside from the protection they can offer is their wireless feature. The installation of security systems is so much easier than it used to be. Trying to install wired motion sensors used to be a real hassle especially in older homes, and far more expensive because of the work required. However, there are advantages to wired systems too, and they are still a very important option amongst the security choices of today.

Fortunately there are excellent security equipment and service provides available to you like Pre-lock so you don’t have to be overly concerned as to what is the best security system and motion sensor requirement for your protection. Give them a call at 416-773-5625.

Paul Seidman is a Toronto security expert providing security services since 1978. Trained as locksmith & alarm security professional Seidman understands how to keep you safe and sound.
View all posts by Seidman →
This entry was posted in Security Tips and Info and tagged motion sensors. Bookmark the permalink.