Will The Legalization Of Marijuana Make You Safer?

Taking a Look at What the Legalization of  Marijuana will mean 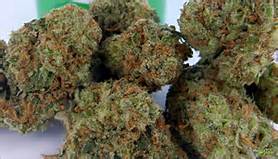 Crime, any crime, whether violent or not is threatening to the communities that are experiencing it.

Even so called victimless crimes such as drug related crimes have a massive impact on those communities that are involved as the impact is almost always felt by the folks who live in those particular areas.

Drug addiction fuels crime because the people who are addicted have to support their drug habits and the way the vast majority of them do that is by committing what are commonly referred to as “property” crimes.

Break and enters of businesses and residential houses in addition to random “opportunity” thefts are in a high number of instances related to the need of drug addicts to generate some form of “income” in order to fuel their drug taking habits.

There are many who feel that the legalization of marijuana will help to curtail those types of activities and have actually used that as plank in their platform to try and get the dreaded/glorious weed (depends on your perspective!) finally legalized.

While the legalization of marijuana WILL help to curtail certain types of crimes most of those have nothing whatsoever to do with the abovementioned property crimes.

Cutting out the “middleman” by legalizing pot will most certainly help to stem the involvement of organized crime in the growing and selling and even importation of marijuana, unfortunately the crimes committed by the drug addicted will not be affected in the way that some were led to believe.

The primary reason for this is that marijuana is NOT habit forming in the same way the say opioids are.

Opioids are the class of drug that include both Heroin and Opium and prescription drugs like Oxycontin and Fentanyl.

These types of drugs and even cocaine to a much lesser degree are the true cause of the vast majority of property related crime as the nature of the addiction is such that when you are unable to “score” your drug because of lack of funds you WILL do just about anything to get the money required to feed that habit.

The main reason for that is that opioid drug addiction comes with a huge PHYSICAL component that marijuana use simply does not have.

In essence, if you partake in the use of marijuana you cannot become physically dependent on it the same way you would with an opioid class of drug.

You CAN however, become mentally dependent and feel like you NEED the drug but it will not manifest itself with the horrible physical withdrawal symptoms associated with Heroin and its cousins Oxycontin and Fentanyl.

There are apparently many good things about the use of marijuana from a medical standpoint, but if anyone tries to sell you on the fact that legalization will reduce street crime tell them that that is simply NOT true.

YOUR security is the #1 priority of the staff here at Pre-Lock Security Services.

For any questions relating to security or security systems be sure to give us a shout, we would be happy to answer any and all questions you may have!

Paul Seidman is a Toronto security expert providing security services since 1978. Trained as locksmith & alarm security professional Seidman understands how to keep you safe and sound.
View all posts by Seidman →
This entry was posted in Security Tips and Info. Bookmark the permalink.